The brief for my 2nd editorial with London College of Style, was 'United we Stand' I have to admit I struggled with this concept at first, completely out of my comfort zone to communicate in imagery without wordage that editorial fashion styling has a voice. We were told to think about the Benetton campaigns which initially for me proved challenging. Rather than passively sitting back we were encouraged to join a debate and portray a message. Fortunately to my relief it was to be a celebration representing vibrancy, colour and expression. This was more like it, unification and colour to celebrate individualism and our differences.

My images were to celebrate multi cultures in the UK a concept given to me by a photographer friend who recently published a book called 'Brick Lane People' a collection of photos representing the diverse cultures that come together in these bustling streets of East London. In my mood board I wanted to celebrate our differences and show through carefully selected imagery how this can be interpreted in a colourful beautiful way. My inspiration behind my mood board comes from a union of East meets West. The "Road to Marrakech" - Daria Werbowy by Mario Testino (top left picture) was the source behind my use of layering. Graffiti from Brick Lane depicts the realism of our different cultures and the woman in the centre wearing a union jack hijab by Getty Images couldn't be more poignant. The Benetton adverts I have referenced, celebrate the unity of our different cultures through colour something I was eager to express when choosing the designer 'Sara Brown' to showcase my message. The house of Middle East & Asia features, designer Ashish and Vivienne Westwood renowned for using fashion as a political voice.

In order to support my message in imagery I needed a designer who showcased with impact, after some research I came across an emerging designer called Sara Brown who graduated from the University of Westminster. A London based fashion designer who specialises in print, embellishment and texture and is keen to promote plus size design in the fashion industry. I was struck by how colourful her designs were and felt with her collaboration the clothes would be perfect to convey a strong message of unification and colour. Sara was so co-operative and her designs are a work of art.

To complete my look with layering I added some jewellery from Pebble London, which can only be described as accessory heaven. I think you'll agree I enjoyed choosing my pieces!

Once my look was complete all I needed was a celebrity photographer of course! Courtesy of Leigh Keily editor of Jon magazine to work his magic and create some great pictures which capture my message perfectly - feeling blessed with the results!

And finally the photos, what a great team! Thank you London College of Style, loved every minute xx

My First encounter with Paul Costelloe 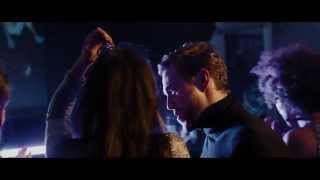 My new business venture as a Personal Stylist